Not surprisingly, analysts at Navigant Research foresee big gains in DER capacity over the next few years. By 2025, they expect some 373 gigawatts of distributed generation, microgrids, energy storage, EVs and demand response to be in place. That’s three times the capacity seen in 2016.

These factors are making distribution system planning more complicated than ever before. “The key to distribution planning in the past was always focused on safety, reliability and maintaining power quality,” says Sharon Allan, Chief Innovation Officer for the Smart Electric Power Alliance. What’s changing is the resource mix and the increased connectivity of things within the distribution system. “It’s impacting the planning process and forcing utilities to think through multiple scenarios.”

Allan points to the usual suspects – rooftop solar and storage – as well as other factors making the planning process so cumbersome. “There are still relatively few electric vehicles on the road, but that will change,” she says, adding that so do the charging patterns, which differ from traditional peaks and may very well differ between one charging station and the next.

Then there are third parties not part of the distribution system a few years ago. “A campus or business facility might run on a microgrid,” Allan says. She notes that aggregators and demand response have also become increasingly important as utilities seek non-wires alternatives to distribution system investment.

Among the impacts she sees for utilities are more frequent planning cycles to reflect the rapid pace of change in that resource mix, as well as finding ways to increase the granularity of grid data to help fine-tune forecasting and the circuit-by-circuit nature of DER adoption. In addition, Allan says utilities will need to look at DER hosting capacity. “It’s no longer merely about generating electricity to meet the forecasted load.”

Finally, Allan thinks planners will soon be seeing a host of new tools arise. “I believe there will be new planning tools that come on the scene,” she says. “Right now, there are utilities on the leading edge, using their existing tools and bolting on functionality to do their jobs. But I think there will be new software ahead.”

It has to. New Jersey was 2017’s fifth fastest growing market for solar power, according to a study conduced by the Solar Energy Industries Association. SEIA said the state saw “the most dramatic growth” for the year, when it jumped from eleventh to fifth in installed solar capacity.

Sun rising in the east

PSE&G currently serves nearly three quarters of the Garden State’s population in a service area consisting of 2,600 square miles in more than 300 urban, suburban and rural communities, including New Jersey’s six largest cities. That’s the good news. The not-so-good news is that central New Jersey, which has less population density than the urban centers in the state, tends to attract a lot of developers because of high land availability and low real estate costs.

“The critical issue is that with a lot of space, there are fewer distribution assets in the area,” notes Ahmed Mousa, PSE&G’s Manager for Electricity Delivery Planning, Asset Management and Centralized Services. “How do we increase the solar footprint without overloading the circuit?”

Mousa and his team manage studies related to solar integration for his utility and, in some cases, his utility was seeing overloaded feeders that were still receiving interconnection requests. Like many utilities, PSE&G has undertaken rigorous study of the utility’s 13 kV hosting capacity. The research leveraged advanced network simulation software to see how loading, fast-moving clouds and interconnected solar would interact. The utility allows some 70 percent solar generation on its lines, and managers know those lines can take it because the research confirmed utility limits.

How are they making that happen? One assist comes from recovery efforts undertaken after Hurricane Sandy hit the utility’s service territory in 2012. “PSE&G has a lot of relays and critical monitoring equipment to provide visibility into grid conditions,” Mousa explains. In fact, T&D World did an article a few years back covering the extensive refurbishment. Among the improvements were a fiber-optic communications network, 1,000+ sensors and more than 600 SCADA-capable network protector relays. With a scan rate of every four seconds, the equipment delivers network status in near real time. “We know voltage, current, loading … we’re miles ahead,” Mousa says. “It really helps with interconnection.”

PSE&G also is looking at some new technologies to maintain voltage despite a high penetration of solar on the lines that creates voltage sags and spike when cloud cover fluctuates. One technology under examination is static VAR compensators. These are electrical devices used to quickly absorb or inject reactive power. “They’re usually used for transmission, but we’re working with a company to use them on our distribution-scale network,” Mousa says.

He likens the devices to mini load tap changers (LTCs) that operate on a cycle-by-cycle basis, 30 times per second. Unlike regular LTCs, these devices don’t regulate voltage for multiple circuits. They regulate voltage relatively locally, making them a great addition to keep line voltage steady next to inductive loads like large motors or pumping stations as well as large solar installations providing capacity.

Tap changers are expensive devices. If you use them too often and too quickly, you risk failure, Mousa notes. He says his utility makes distribution capacitors their first line of defense, as they regulate one circuit. Then they bring in the LTCs. 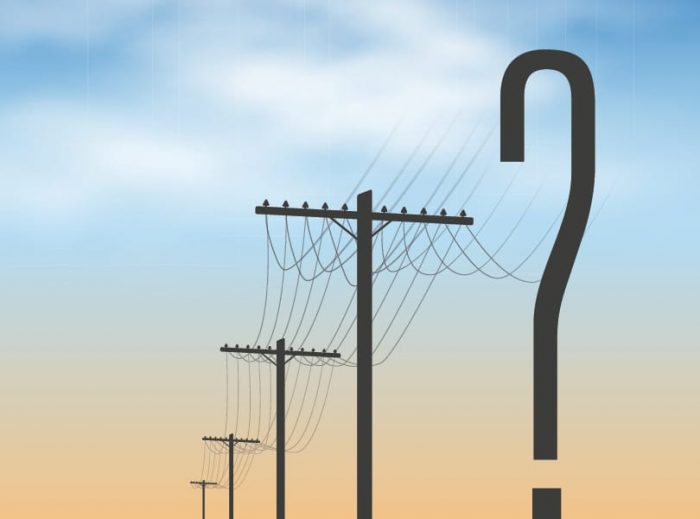 As noted earlier, the static VAR compensators add localized control. They’re not mechanical devices, and there’s no expensive oil in them, so they’re a fast, cost-effective solution that combines sensing with solid-state, high-speed VAR control to support power quality on distribution lines.

Along with the VAR compensators, PSE&G has started requesting that large solar systems be installed with smart inverters, another source of fast, localized sensing and volt/VAR support. In addition, the utility is putting in utility-owned solar installations as part of its Solar 4 All program, a 158-megawatt, direct current program that builds large-scale, grid-connected solar projects on facility rooftops, parking lots, utility landfills and brownfields.

All of the program’s installations are connected to PSE&G’s distribution system, and the power is sold into the PJM wholesale power grid. Some installations – such as an 896-kilowatt PV project that went live at a New Jersey wastewater treatment plant last fall, also has storage capacity. That facility now has both the PV array and a 1 MWh battery. Similar solar-plus-storage projects are online at Cooper University Hospital and a New Jersey high school, adding both green power and resiliency in the utility’s system.

“Renewables … an asset instead of a burden …”

Mousa notes that the resiliency focus of such installations reflects the utility’s commitment to a system that doesn’t sacrifice power quality for a greener grid. “We understand that utility systems will continue to change aggressively, and we believe renewables can be an asset to have instead of a burden,” he says.