Do you think the majority of utility AMI networks will need upgrading in the foreseeable future? If you said “yes,” you’re in line with 63 percent of the 200 or so utility professionals who responded to a Black & Veatch survey last year. That’s the percentage of respondents who felt their own AMI networks would soon need upgrading.

Why are so many networks on the road to inadequacy? To answer that, you can look at another survey question on why utilities are modernizing their grids. In this study, nearly 84 percent were planning to “increase monitoring, control and automation capabilities,” and two thirds wanted to deploy technology to improve “operational efficiency and volt/VAR management.” It’s easy to see why such capabilities are important. Nearly three quarters of survey respondents named distributed energy resources (DER) as the most important application their utilities would need to support in the next three to five years.

Managing DER will tax traditional networks at the edge of the grid because utilities will need more bandwidth and flexibility. What used to be handled by AMI networks – that last mile of communication – is now being called a field area network (FAN), and it’s expected to do more than merely collect meter readings. Following is a quick look at FANS and what to look for when deploying them.

Everything old is new again

First, understand this: FANs aren’t new. They’ve been utilized for decades. “Utilities in North America have been deploying Field Area Networks for AMI for quite a long time now,” says Phil Beecher, CEO of the Wi-SUN Alliance, a testing and certification organization focused on enabling smart utility networks that deliver interoperable IPv6 communications over an IEEE 802.15.4g -based wireless mesh network. 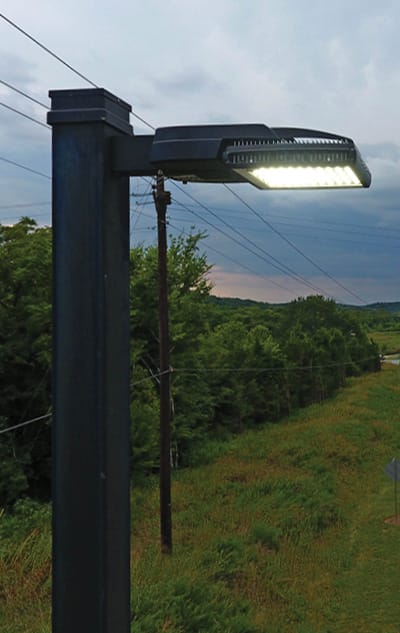 The need for an organization like Beecher’s is driven by the new applications utilities will pile on those last-mile FANs. “In the early days of smart meter networks, they were predominantly just there for the meters. What’s happening more and more is that utilities are adding line sensors and other devices,” Beecher says. “At Florida Power & Light, the initial deployment was for smart meters, but then about three years ago, they put 500,000 street lights on the network. The idea is that you can mix applications all on the same network.”

Why is it important to separate the communications network from the applications? “That’s the way the whole technology world works,” says John Radgowski, Landis+Gyr Vice President of Portfolio Management. “It’s how your phone works, it’s how your laptop works, and it’s how we need to operate with deployments that have a mix of communications technologies.” He explains that there are places where cellular is the right choice for some areas and applications, while LoRa or RF mesh is right for others. “Utilities need a common way of delivering, supporting and running grid-edge intelligence, regardless of the communication that supports it.” 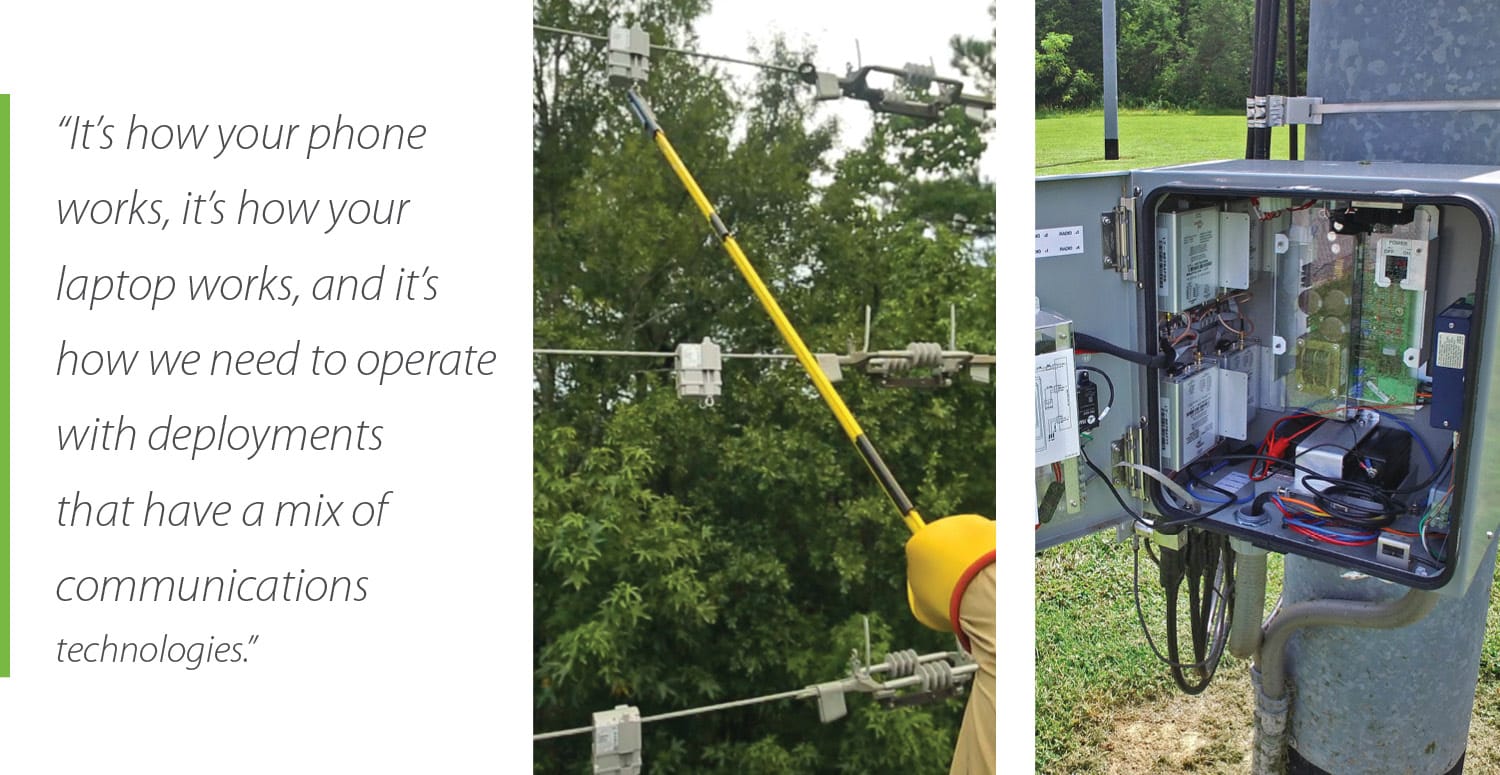 This is a key differentiator between the FAN and the AMI networks that precede it. “With this FAN terminology, we’re differentiating between the application and the underlying communications technology,” says Beecher. “The field area network we’re describing is the communications infrastructure that lets you run a whole lot of different applications on top of it.” Those applications could be AMI, distribution automation, sensors feeding the SCADA system and more.

Pulling it all together

What should utilities look for in these new networks?

Both Radgowski and Beecher name open standards as a must-have for any communications network. Beecher says freedom is what makes that so crucial. “Utilities should be able to make their choices based on the quality of the meter, the pricing structure, the level of support they’ll get, rather than being locked in to one particular vendor.”

Other things to look for include:

Ubiquitous coverage: “There’s not a lot of point in having a smart meter network, for example, where you can only remotely read 95 percent of the meters. You really do need 100-percnt meter-reading capability,” he adds.

Resilience: “This network needs to be resilient because you’re not just putting devices out to collect billing data,” Radgowski says. “Redundancy comes in different flavors. A mesh network can be self-healing. An LTE network can add resilience by having N+1 tower coverage in an area.” In N+1 redundancy, each component in the network has at least one backup component.

Support for peer-to-peer communications “The network must allow devices to directly communicate with each other because a lot of the problems we look to solve require it,” says Radgowski. That could be meters talking to devices inside the home, meter-to-meter communications or devices talking with utility systems, he explains.

One common application Radgowski points to that demands peer-to-peer communication is related to fault location, isolation and system restoration (FLISR) applications running at the grid edge. Called in-field FLISR, this might involve line switches talking to each other, letting neighboring switches know when they’re opening or closing so that power can be automatically re-routed. 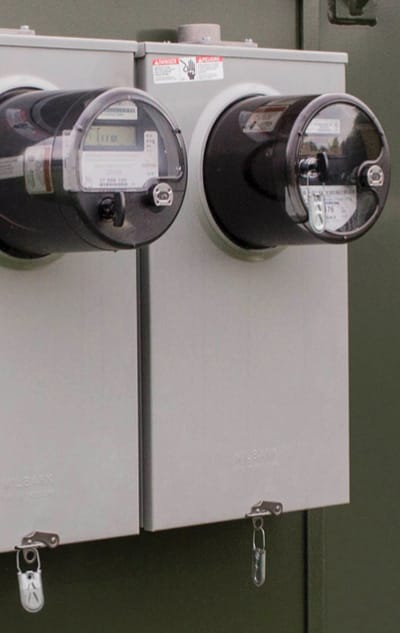 Such applications are among the reasons Hawaii Electric Company (HECO) recently became the first utility to announce the upcoming deployment of a Wi-SUN-compliant AMI system.

A recent Greentech Media article noted that the utility aims to support demand response programs as well as control of customer-owned and sited PV systems under its Controlled Customer Grid Supply Plus tariff, which allows the island power provider to “curtail solar feeding onto the grid when conditions require it.” HECO also will use their network to support Smart Export, a tariff that pays customers who have both solar and storage for energy they export back onto the grid during evening, overnight and early morning hours.

As noted in the GTM article, HECO told regulators it was looking for an “interoperable, scalable telecommunications network, which enables the communication path for both advanced meters and field devices for distribution sensing, control and automation.”

That’s what the utility will be getting with a Wi-SUN FAN solution. It’s not just a metering network anymore. It’s a FAN that really can support meters and other devices in the smart grid.